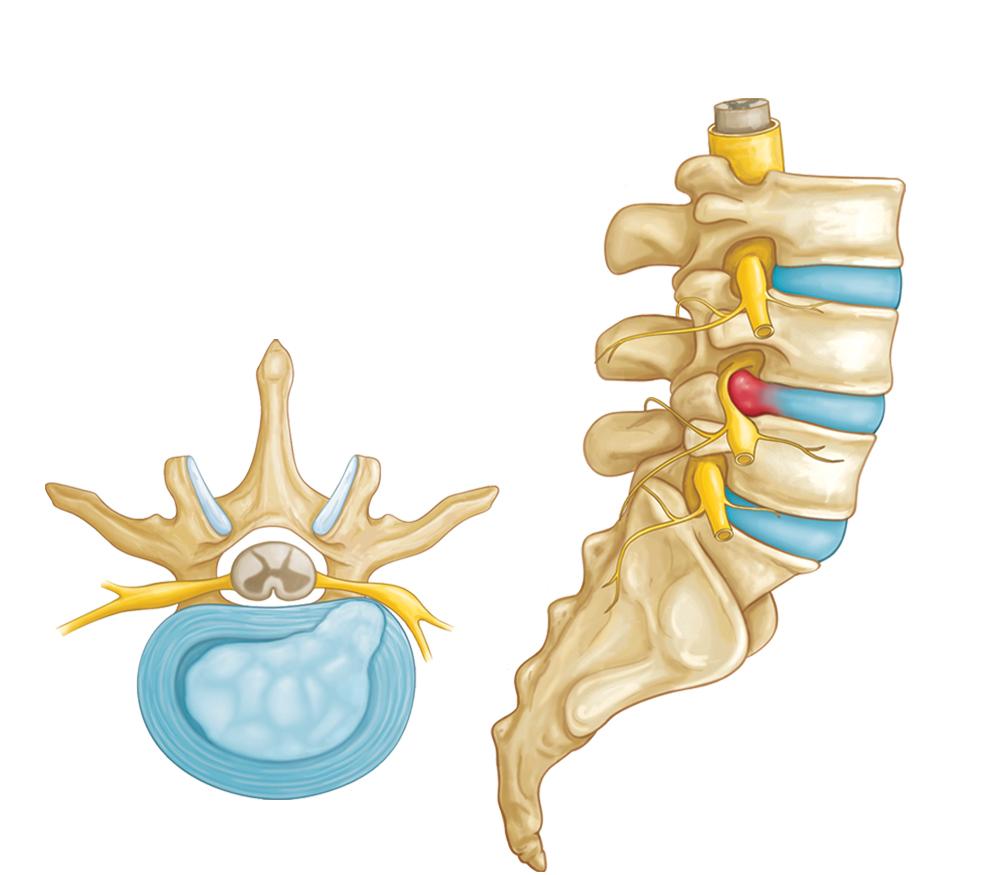 What is a herniated disc?

A herniated disc refers to a displacement of the intervertebral discs that support the spine. Most often, the disease is manifested by lower back pain, which radiates to the lower limbs, muscle weakness, numbness in the hands or big toes, or a feeling of pressure in the heel. However, there are cases when the herniated disc does not exhibit such symptoms, and most patients do not even need surgery.

Intervertebral discs deteriorate with aging, but worrying symptoms can occur even at age 30, especially if the person in question has a job that involves lifting heavy loads or sitting in the chair for a long time.

The incidence of a herniated disc in the population is estimated to be around 15%, but many people do not pay due attention to excruciating back pain and do not report to the doctor, which is why this percentage could be much higher.

If you have a herniated disc and want to be cured without going through the operation, this is the natural treatment for you. It is a natural herbal remedy that naturally and lastingly relieves pain and inflammation. It is made up of two elements: a balm and herbal tea. You will feel a marked decrease in pain from the first few days of use. 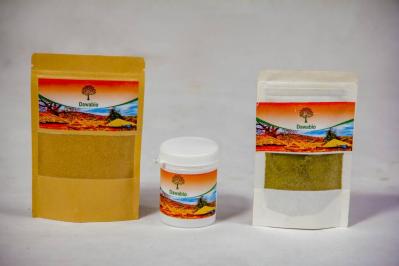 Trust us ! This natural treatment is the secret to curing herniated disc without operation.

Most cases of herniated discs occur in the lumbar region, although symptoms can also occur in the cervical region (headache) or, very rarely, in the chest.

The most common symptoms of a herniated disc are:

-the pain felt in the back, hands, shoulders, legs, or neck: it gets worse during sneezing, coughing or when the person is in a certain position

- numbness or tingling sensation in the hands and feet

However, it often happens that the herniated disc does not have any worrying symptoms, and patients find that they only suffer from this problem during a routine consultation or after an x-ray.

The herniated disc gradually sets in with age, with degeneration of collagen and loss of intervertebral discs. This promotes excessive stretching, twisting, or rupture of an intervertebral disc. And lifting heavy weights or having an accident in the spine can have the same result.

The main risk factors for developing a herniated disc are:

-activities that consist of lifting, pushing, twisting, or bending the trunk

Complications of a herniated disc

Rarely, a herniated disc can lead to the syndrome of the "ponytail" ( cauda equina ), a severe form of nerve compression and inflammation derived from the spinal cord (also called nerve roots). In such situations, debilitating symptoms appear, such as excruciating pain and decreased reflexes, strength, and sensitivity.

It should be noted that the "Cauda Equina" syndrome is considered a surgical emergency because it can lead to permanent loss of bladder, bowel function, and paralysis of the legs!

-the pain, numbness, and weakness are not valid, that is, they do not allow you to perform ordinary daily activities

Diagnosis of a herniated disc: clinical examination and analysis required

In order to establish with certainty the diagnosis of a herniated disc, the doctor will first carry out a physical examination, that is, he will ask you when the symptoms appeared if they worsen in certain cases. situations, where it hurts. It will also test your reflexes, muscle endurance, the ability to feel vibrations, stings or touches, and mobility.

Most of the time, the physical examination and medical history are sufficient to establish the diagnosis, but there are also cases where the doctor may suspect another condition that may manifest itself through the symptoms described above, so he may recommend further investigation. These include imaging tests such as:

- X-rays: Specialists use X-rays to see the vertebrae in the spine and determine if they are too close together or if there are arthritic changes, osteophytes, or fractures.

- computed tomography: an analysis in which an X-ray beam and a computer are used to render a two-dimensional image of the spine. It can be done with or without a contrast substance injected into the circulatory system. This analysis is especially used to confirm which of the disks is affected.

- magnetic resonance imaging: a test that uses a magnetic field and radiofrequency waves to render a detailed image of the soft tissues of the spine. This allows the doctor to have a three-dimensional image of the spine in sections. An MRI can detect which disc is affected and whether there is compression of the spinal nerves. It can also detect bone growth, spinal cord tumors or abscesses.

- myelogram: an invasive analysis that uses a contrast substance injected into the spinal canal via a cannula. An X-ray fluoroscope then records the images formed by the substance. The myelogram can identify a nerve compressed by a herniated disc, bone growth, spinal tumors, and abscesses.

In most cases, the treatment for a herniated disc involves correcting the habits that caused it. So, a personalized exercise plan, avoiding painful positions and lifting, anticonvulsants, anti-inflammatories or pain relievers, cortisone injections, and weight loss can all dramatically improve symptoms.

Surgery is, as already mentioned, the last solution and is only required when the patient does not respond at all to the previous treatment and has symptoms such as numbness and severe and debilitating weakness, inability to move or to standing or urinary and fecal incontinence.

Some complementary solutions can relieve back pain caused by a herniated disc. This includes:

- Chiropractic: it is based on traditional Asian medicine. This therapy decompresses the nerve in the epidural sac by maneuvers and lengthening of osteoarticular manipulation. Complete treatment includes 5 to 15 sessions.

- Acupuncture: the needle treatment includes 10 sessions, 12 or 15 sessions, depending on the severity of the disease. One session lasts 20-30 minutes and the number of needles differs. Acupuncture acts on inflammation to reduce it, on the tissue edema it drains and on paravertebral muscle contracture, that is to say on the muscles of the back.

- Therapeutic massage: it has local and general actions. The local effects are analgesics (analgesics), local action of hyperemia (warming of the skin by stimulating local blood circulation), the action of resorption of stasis interstitial fluids in the massage area. The general effects are stimulation of the function of the respiratory and circulatory system, increase in basal metabolism, improvement of sleep, elimination of fatigue and a general state of relaxation.

- Yoga: involves a moderate exercise program, focused on breathing and meditation. Discover here a simple exercise of just 2 minutes that can significantly improve back pain!

All of these alternative methods for relieving herniated disc pain should be discussed in advance with the treating physician for the benefits and risks involved.