For a happy and fulfilling life, many couples wish to have a baby and start their own family. However, there are many sterile men and women who cannot fulfill this dream.

Male infertility is the inability to induce pregnancy. In rare cases, its cause will be aspermia.

What is aspermia, this ejaculation disorder

Aspermia is a condition related to the male reproductive organ. It is however found quite rarely in men, who if they suffer from this disease, will not ejaculate even a drop of semen at the time of orgasm. This happens when a person runs out of semen cells or when they ejaculate in their bladder (this is called retrograde ejaculation). However, there is a natural herbal treatment from Dawasanté experts to treat aspermia.

Click here or on the image below to discover this natural treatment.

· Infertility, that is, the inability to induce pregnancy;

·No or very little semen discharge  at the time of orgasm;

A jet of urine after intercourse;

Traces of blood in semen or urine;

Mild to moderate pain in the scrotum or genitals when urinating.

What are the main causes of aspermia?

Aspermia can have many physiological and psychological causes. Here are the main reasons that can explain a lack of sperm during orgasm, and therefore male infertility.

In this case, the semen is pushed back instead of coming out through the urethra during ejaculation. This condition can develop for a variety of reasons, including:

A failure of the bladder or closure of the glans which pushes the semen back;

- surgery of the testicles or prostate;

· But also a disease that damaged the nerves.

In many cases, diseases such as diabetes, spinal cord injury or multiple sclerosis can be responsible. Just like certain medical treatments, in particular for the prostate, antidepressants, antihypertensives, or antipsychotics.

Obstruction of the ejaculatory duct

This is the main cause of aspermia. This is called complete obstruction of the ejaculatory ducts, which may be total or partial. This condition can occur due to several factors such as:

The presence of congenital cysts in the ejaculatory ducts causing obstruction;

Inflammation of the prostate.

Tuberculosis of the prostate.

· But also a sexually transmitted disease, such as chlamydia.

An imbalance in hormonal levels can cause impaired spermatogenesis, which, but not always, causes aspermia. In a study of 126 men with aspermia who underwent geography and testicular biopsy, a correlation was found between the level of follitropin in the blood and the degree of inhibition of testicular aspermia spermatogenesis.

Testosterone (the male hormone par excellence) excreted in the urine and circulating in the blood plasma will be three times less important in the event of testicular aspermia. On the contrary, the plasma estradiol level will increase 1.5 times.

Aspermia can be associated with a urinogenital infection such as tuberculosis. But also sexually transmitted infections like chlamydia or herpes. Plasma infections are also very common causes of this ejaculation disorder. In all cases, the infection will most often be caused by mechanical obstruction of the ejaculatory ducts or by the secretion of an anti-sperm antibody.

Aspermia can be associated with an injury to the spinal cord. A large number of senescent sperm in the seminal vesicles appears to be the main cause of poor sperm quality in men with spinal cord injury

Diabetes, especially juvenile, can also explain why you suffer from retrograde ejaculation or having sex without ejaculation.

Aspermia may be associated with certain antihypertensive drugs with sympatholytic activity, such as guanethidine. Study results show that this is probably not due to retro sperm, but rather to an interruption in the transport of the sperm when it is released. Azoospermia can also be caused by;

Progesterone antagonists, such as mifepristone

Alpha-adrenergic receptor blockers (for the treatment of chronic prostatitis and benign prostatic hyperplasia);

· Excessive use of anticoagulants;

· Exposure to certain chemicals such as ethylene (especially among agricultural workers).

Drinking alcohol excessively can lead to aspermia. One study showed that in alcoholics, the seminiferous tubules were mostly filled with degenerated sperm, which is thought to cause aspermia. Impotence decreased libido and a dysfunctional nervous system are commonly associated with alcoholism, which also can contribute to the development of this ejaculatory disorder.

Aspermia can be associated with radiation following cancer treatment. Irradiation doses are greater than 0.35 Gy cause aspermia which may be reversible. But the recovery time increases with higher doses. Chemotherapy can also contribute to aspermia, including causing anejaculation or retrograde ejaculation.

Therefore, it is recommended to combine chemo and radiation for children who have not yet reached their full growth potential in order to improve cure rates by reducing morbidity.

About 13.7% of infertile men with aspermia and 4.6% of those with oligospermia have a coexisting chromosomal abnormality. It could be a deletion of the Y chromosome or Klinefelter syndrome.

The latter has a prevalence of 3% in sterile patients, and 11% in men suffering from aspermia. In a recent study analyzing the seminal fluid, chromosomal formula, and testicular tissue in men with Klinefelter syndrome, aspermia was detected in over a third of cases.

Ayurveda has had natural solutions for treating aspermia for several millennia. Here are the most effective plants.

This plant, also known as Safed Musli, is a natural remedy for ejaculation disorders. These roots increase the fertility, durability of the sperm. But also help boost your libido and maintain your erections.

It is therefore an effective remedy for erectile dysfunction and hormonal imbalances. It is found in France in the form of capsules, to be consumed twice a day for best results.

This plant is also known to boost sperm production and therefore treat male infertility. It is also used in cases of low sexual desire and to treat erectile dysfunction. Component of many aphrodisiac food supplements like Go Viril, it improves sexual health in general but also lowers your bad cholesterol level and blood pressure. 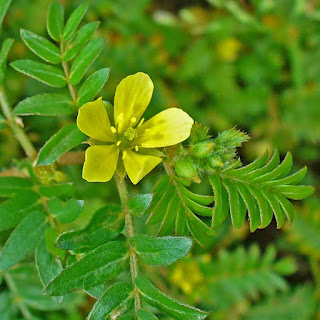 Massaging your body with essential oils is another natural way to treat aspermia. Essential oils such as chamomile, lavender, olive, or even rosemary have been used since Antiquity to promote the proper functioning of the body, and more particularly of the reproductive system.

For example, they have the effect of dilating the blood vessels and relaxing the nerves.

It is an excellent herbal product with amazing aphrodisiac properties. It is used to treat an obstruction of the testicles, low libido, premature ejaculation, low sperm count, and other sexual problems.

Mucuna Pruriens supplements work by increasing the production of gametes in the testes, which naturally increases sperm production. You can get it very easily in a capsule, to take it again twice a day.

How to medically treat aspermia?

Medical treatments have also been developed to overcome this ejaculatory disorder. In some cases, and if they are not enough to solve the problem, your doctor may recommend that you have the operation.

Certain medications are prescribed to treat aspermia. They allow the neck of the bladder to be contracted during ejaculation, so that semen can flow directly through the urethra. Some also restore the function of the damaged nerve following disease.

Some men with aspermia use this method to have a baby, including:

The collection of sperm in the bladder.

The surgical procedure is performed if, and only if,  aspermia cannot be treated with drugs or other complementary therapies. There are two main operations:

For more information, you can contact our experts at +229 51374202 direct line or by WhatsApp at the same number