CAUSES OF UTERINE POLYPS: Natural remedy based on African plants 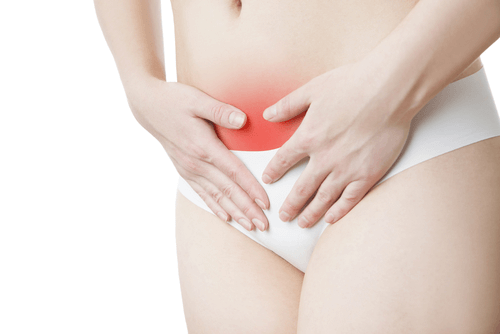 The uterine polyp, a benign tumor, is a disease that affects between 10 and 24% of women. Rarely cancerous, it is advisable to have a suitable medical follow-up. Dawasanté experts provide you with a natural plant-based treatment to cure uterine polyps permanently without operation.

Click on the image below to discover this treatment. 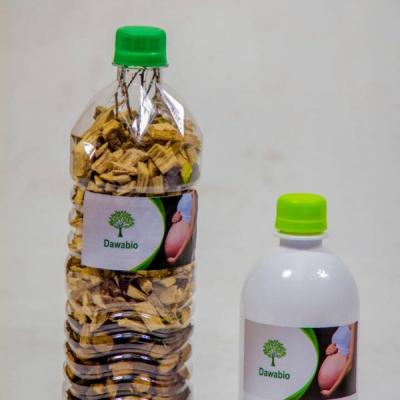 To put the odds on your side, in this article we will clearly explain the causes of uterine polyps. Uterine or endometrial polyps are benign tumors detected in the endometrium.

They are subjected to the different variations of the menstrual cycle, they rarely become cancerous. These polyps can appear in groups, but in some cases, a single tumor may be seen growing. There are different types of uterine polyps, as these growths may have a foot or a large base of insertion.

By definition, the development of a polyp occurs at the expense of a mucous membrane. This is why, in addition to the uterus, certain organs or areas of the human body can be invaded by this type of tumor such as the bladder, colon, stomach, vagina, etc. Hormonal factors seem to play a very important role. Uterine polyps are sensitive to estrogen, which means that they develop in response to circulating estrogen.

There is no definitive cause of uterine polyps. However, medical experts agree that uterine polyps are sensitive to estrogen. It just means that they react to hormones the same way the lining of your uterus (endometrium) does growing in response to the flow of estrogen.

Besides fluctuations in estrogen levels, other factors can increase your risk of developing uterine polyps, including

Family history. If your mother had uterine polyps, your risk is about three times the average.

In addition, certain factors can contribute to increasing the risk of developing polyps.
Have high blood pressure (hypertension)

Doctors aren't sure exactly why women get uterine polyps, but it could be related to changes in hormone levels. Each month your estrogen levels rise and fall, causing the lining of the uterus to thicken and then be lost during your menstrual period. It is an overgrowth of this lining that makes a polyp.

There are some things that make you more likely to have polyps, however. One of them is the age they are most common in their forties or fifties. This may be due to changes in estrogen levels that occur just before and during menopause.

There are two types of polyps that can affect fertility: uterine polyps (also called endometrial polyps) and polyps of the cervix.

Uterine polyps are lumps or lesions in the uterine wall (endometrium). They occur in about 10% of women.

Cervical polyps are smooth, finger-like growths in the cervix or the passage between the vagina and the uterus. They are usually benign, but a very small percentage of them can be cancerous or precancerous.

It is estimated that polyps are present in 25% of women who experience abnormal vaginal bleeding.

Even after the embryo is implanted, polyps can cause miscarriage. They may also increase the risk of miscarriage in women undergoing in vitro fertilization treatment  .

The cause of polyps in the cervix is ??unknown. Some studies indicate that the cause may be an infection, long-term chronic inflammation of the uterus, or a response to increased estrogen levels.

Uterine polyps have no definitive cause, but can be affected by levels of estrogen, which fuels their growth.

Often there are no symptoms. If symptoms exist, they may include abnormal vaginal bleeding between periods, after sex or showering, vaginal discharge, or yellow or white mucus.

Uterine polyps can be detected using an ultrasound-based technique called sonohysterography or hysteroscopy. Another common diagnostic test is hysterosalpingography (HSG), which is an x-ray view of the uterus.

Polyps of the cervix can be detected by a vaginal ultrasound or by a visual pelvic exam.

Polyps can be removed with simple surgical procedures. For polyps of the uterus, hysteroscopy is the means used to visualize the endometrium.

Hormone therapy with progestins or GnRH agonists can stop the production of estrogen so that the polyps slowly decrease in size, but these hormones can also cause temporary infertility.

Left untreated, small uterine polyps may regress on their own, although their recurrence can be frequent.

Uterine polyps are one of the benign diseases of the uterine lining (or endometrium).

They are most often asymptomatic (without any symptoms).

They are frequently discovered:

How is the diagnosis made?

When discovering a uterine polyp, it may be necessary to perform several examinations to assess its mode of treatment:

Depending on the location of the polyp:

Depending on the size:

A polyp can measure a few millimeters (micro-polyp) or occupy the entire uterine cavity.

A uterine polyp is most often asymptomatic. He may be responsible:

A polyp can be cancerous. Only histological examination (its partial analysis after endometrial biopsy or its complete analysis after its ablation) allow the diagnosis of benignity with certainty.

The association of a polyp with endometrial cancer is more common after menopause.

In some cases, drug treatment with progestins may be effective (small polyps, mucous in appearance, not suspect).

But in general, the treatment of a uterine polyp is surgical removal by operative hysteroscopy (hysteroscopic resection of the polyp).

In a young woman who wishes to become pregnant, this ablation is performed taking all precautions to preserve her fertility.

In some cases, it may be desirable to remove the entire lining of the uterus (endometrectomy). This intervention is also performed by operative hysteroscopy.

This is the case, for example, in women in whom there is a risk of an early cancerous lesion (postmenopausal woman) or in women over the age of 45 (in order to avoid the risk of recurrence).

After the operation, all the elements removed are analyzed in the laboratory to ensure that they are indeed benign polyps.

Like any surgical operation, an operative hysteroscopy carries risks.

These risks are rare. It can be:

A polyp can recur despite its removal.

It is for this reason that in a woman who has fulfilled her desire for motherhood, the removal of the entire uterine lining is often proposed. This is called endometrectomy. This operation is also carried out by the technique of operative hysteroscopy.