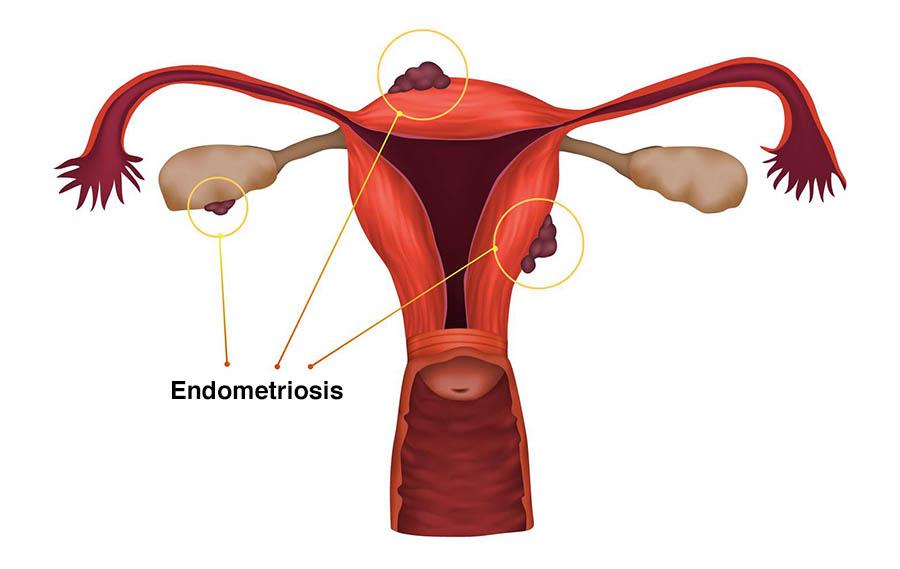 Endometriosis is a gynecological disease that affects one woman out of 10. It is characterized by the development, outside the uterine cavity, similar fabric to that of the lining of the uterus (called the endometrium). It potentially affects all regulated women.

One of the body's defenses, when it is attacked, is to trigger acute inflammation, the first characteristic symptom of which is pain. However,  Dawasanté experts provide you with a natural herbal treatment to treat your endometriosis. and allow you to quickly design. Click on the image below to discover this natural treatment. 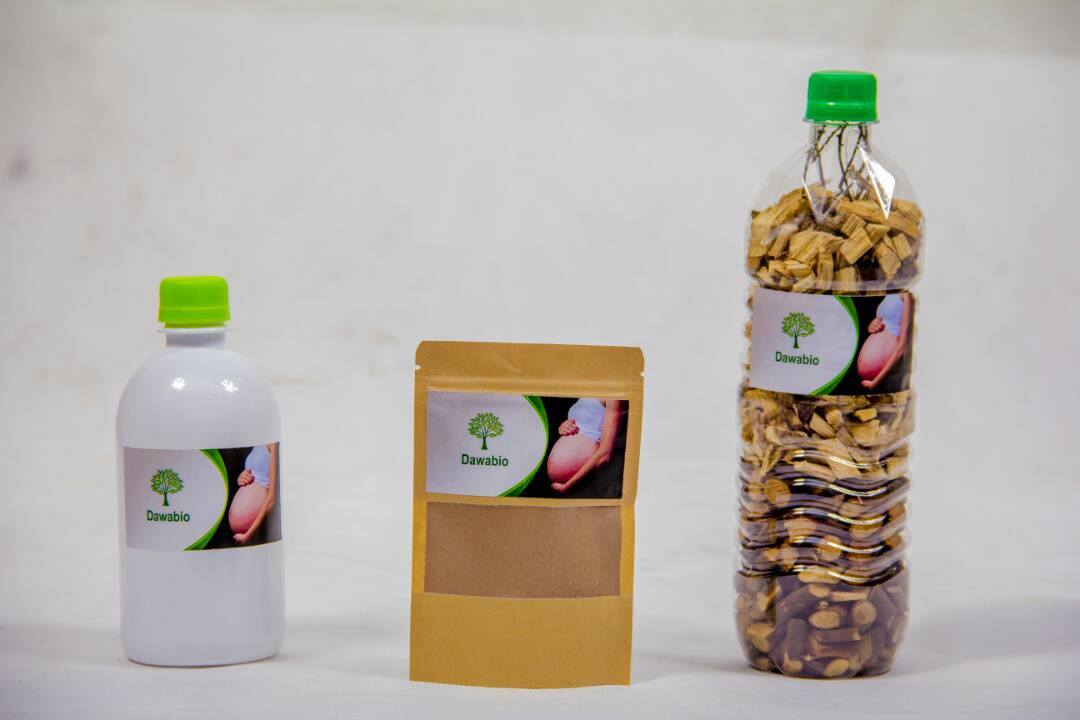 The inflammation is in this case the consequence of an attack on the organism. In the case of chronic inflammation, inflammation is a disease in itself, which can occur in any organ of the body and which is the cause of pathologies such as endometriosis.

Endometriosis is a  chronic inflammatory disease characterized by severe pain and bleeding outside the uterus during menstruation. This bleeding will be the cause of the inflammation. The more endometrial tissue spreads to other organs, the more inflammation spreads. The complexity of this disease is that it is multifactorial. But if it is impossible to know the precise causes, the factors that maintain it are known. They are present everywhere, and sometimes constitute the daily life of those affected, fueling the inflammation. Due to its location, the digestive system, and more particularly the intestines, are frequently affected by this inflammation. However, certain foods can contribute to inflammation, they are said to be "pro-inflammatory", while others can on the contrary calm it.

Foods high in saturated fat like butter, cream, cheese, red meat, cold meats, and sweets as they contain pro-inflammatory components.
Foods containing additives (E), a large part of which is classified as carcinogenic.
Ultra-processed foods contain refined sugars, excess salt, saturated fat, additives, preservatives, colorings, flavor enhancers and poor quality ingredients, they do not provide any nutrients they often are. at high caloric density, these are "empty" calories. In this category, we find all industrial foods (spread, breakfast cereals, pastries, cakes, sweets, ready-made dishes such as quiches, pizzas, fast food, etc.).
Gluten because it contributes to intestinal hyperpermeability, which allows toxins to pass into the blood.

You will need to provide your body with foods rich in antioxidant and anti-inflammatory properties. Foods of plant origin should constitute a major part of the diet.

To fill up on vitamins:

Although the anti-inflammatory diet alone cannot reduce chronic inflammation, it is nonetheless an ally in regulating the disease and especially in preventing a worsening of symptoms.

Several studies have shown a relationship between certain fats and the incidence of endometriosis or the severity of symptoms. Omega-3s appear to be protective while omega-6s should be reduced. In addition, you must be careful with trans fatty acids.
A 2010 study of 71,000 women showed that women who have the highest intake of omega-3 fatty acids have a 22% lower risk of developing endometriosis. On the contrary, a diet rich in trans fatty acids would increase the risk by 48%. Finally, studies show that animal fats increase the risk of endometriosis.

Besides, the results of studies suggest that the intake of omega-6 - which has a pro-inflammatory action when they are more than omega-3 - should be reduced. Increasing the intake of omega-3 makes it possible to decrease the production of pro-inflammatory prostaglandins from omega-6, thus reducing inflammation and probably pain. Several studies show that lowering the omega-6 / omega-3 ratio reduces the risk of endometriosis and / or the severity of symptoms. A diet rich in omega-3s could therefore help reduce the risk of developing endometriosis or even reduce the disease.

The omega-6 / omega-3 ratio should ideally be between 1/1 and 5/1. To achieve it, you must reduce omega-6 (sunflower oil, grape seed oil, peanut, etc.) and increase omega-3. The best sources of omega-3 are fatty fish such as salmon, sardines, mackerel, herring, trout. For vegetarians/vegans, it is advisable to increase the intake of precursor foods such as nuts, flax seeds, vegetable oils rich in alpha-linolenic acid.
Regarding trans fatty acids, manufacturers have made real progress in recent years but there are still products with hydrogenated or partially hydrogenated oils that it is better to avoid.

A study published in the American Journal of Obstetrics and Gynecology in June 2018 confirms these results. The researchers analyzed the eating habits of 81,908 participants (Nurses' Health Study II) followed for 22 years. During this period, 3,800 cases of endometriosis were diagnosed. The results show that women who eat more than 2 servings of red meat per day have a 56% increased risk of suffering from endometriosis compared to those who do not eat red meat more than once a week. This association was stronger with unprocessed red meats. On the other hand, the researchers did not find any impact of the consumption of poultry, fish, shellfish and eggs on the risk of endometriosis.

Limit or even avoid the consumption of red meat. If you eat a little, do not overcook or broil it, the glycation products formed during these high-temperature cooking increases oxidative stress and inflammation.

More tips in The best way to eat meat  (subscribers)

By pooling the results of two case-control studies involving more than 1,000 women in total, Italian researchers have shown that those who consume the greenest vegetables and fresh fruits have a significantly lower risk of suffering from endometriosis.
Green vegetables are particularly rich in folate, methionine and vitamin B6, nutrients that can influence the expression of certain genes, DNA methylation and prevent epigenetic alterations. All of these phenomena could be involved in endometriosis.
In a 2018 study, researchers used data from 70,835 women in the Nurses' Health Study II (8). Their results show the beneficial effect of high fruit consumption, particularly citrus, on the risk of endometriosis. Indeed, women who consume at least one serving of citrus fruits per day have a 22% lower risk of suffering from endometriosis, compared to women who consume less than one serving per week. The beneficial effect of citrus fruits could be explained by their high content of β-cryptoxanthin, a powerful antioxidant and a precursor of vitamin A.
The data obtained are however variable depending on the studies.

Give pride of place to green vegetables (spinach, green beans, broccoli, salads, Swiss chard, etc.), at least once a day, and eat fresh fruit, favoring grapefruit, orange, clementines. To get the most of their benefits, fruits and vegetables should preferably be chosen organic.

Scientific evidence is lacking on the effectiveness of a gluten-free diet in improving the symptoms of endometriosis. But testimonials from women report that switching to gluten-free has been effective for them. You can do your experiment and eliminate gluten for a month and see if your symptoms improve.

The case of soybeans
A few studies have been done to assess the effect of soy consumption on endometriosis. Japanese researchers have shown in a study of 138 women that those who have the highest levels of genistein and daidzein - the isoflavones in soy - in their urine have a lower risk of developing endometriosis in an advanced stage. Another study conducted on rats shows that soy isoflavones can regress endometriosis thanks to their role as hormone modulators. In another study, mice with endometriosis received varying doses (50 to 500 mg/day) of genistein for 14 days. The researchers noticed that the endometriosis lesions decreased, regardless of the dose of genistein received. Genistein is therefore capable of inhibiting the proliferation or of causing apoptosis of cells involved in endometriosis. For the moment, studies are few and do not allow to conclude as to the effect of soy  in women with endometriosis.