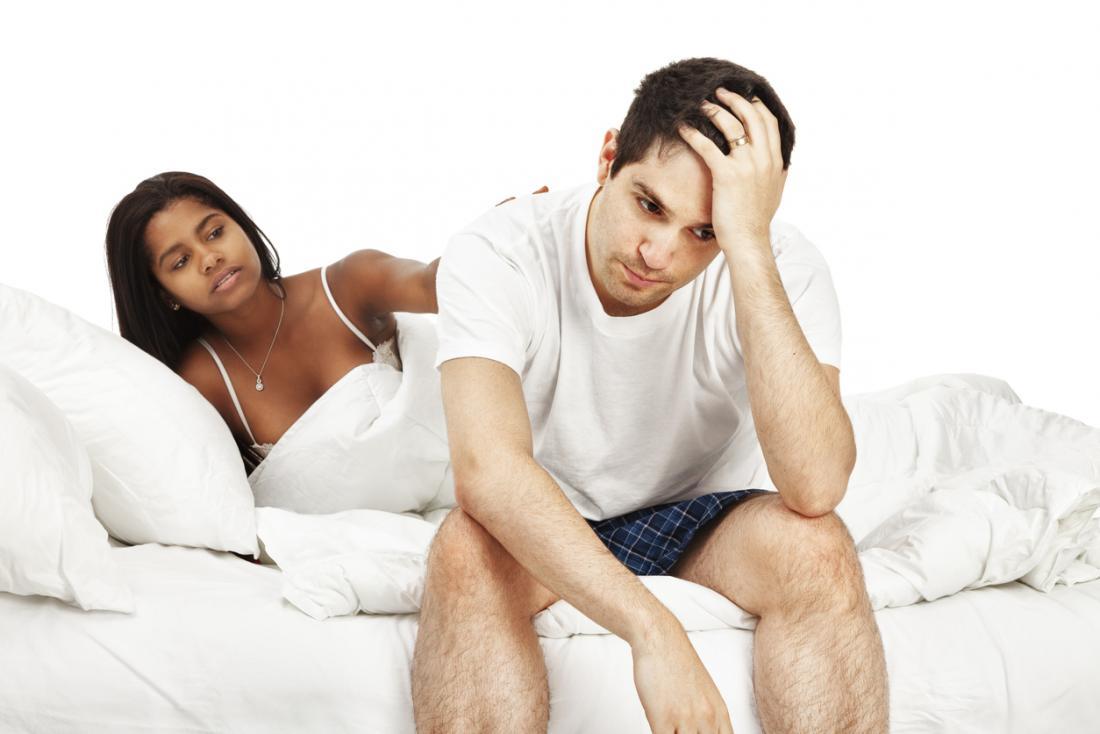 Called dysfunction erectile  - or problems with erection or disorders of erection  - the inability to achieve or maintain an erection sufficient for satisfactory sexual activity.

Indeed,  erectile disorders have benefited from several campaigns aimed at the general public, especially since the advent of oral treatments which represented effective solutions more practical than those available until then. We thus tended to believe that sexual breakdowns were no longer so taboo in homes and the media ... Well, the results of our survey show the opposite: a majority of respondents (59%) believe that the media do not cover enough this theme.

Does this feeling translate into a lack of information? The causes of these intimate problems are relatively well known to the respondents: a  psychological origin,  age,  physiological causes,  medication, a  lack of interest in sex ... Conversely, information on treatments suffers from a real lack. knowledge: nearly a third do not know that these problems can be cured! This is the reason why Dawasanté experts provide you with a natural treatment based on medicinal plants to definitively treat erectile disorders. Click on the image below to discover this natural treatment. 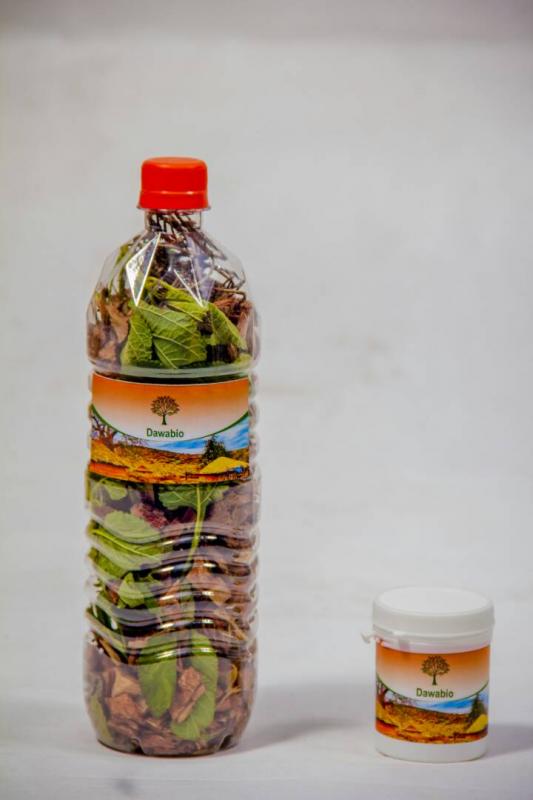 Among those who actively seek information, the  Internet is the main source of information (52%), far ahead of the specialized press   (21%), and television  (18%). The mainstream press, radio and thematic channels remain far behind.

Erectile dysfunction: a real impact on the life of a couple

On a daily basis, the men concerned admit that these disorders affect their couple/family life  (84% of respondents) and the image they have of themselves  (78%). Beyond the sexual problem, several feelings are mingled: attack of their virility, feeling of bad aging, guilt, shame, depression ... So many negative feelings that can promote breakdowns, which will then feed this fear of failure: the terrible vicious circle specific to erectile dysfunction.

And this feeling is not for all that the prerogative of men since 73% of women believe that these intimate problems have a significant impact on their married life.

Erectile dysfunction: to be treated, it is still necessary to talk about it ...

In the event of erectile dysfunction, respondents would naturally turn to their general practitioner  (49%), even ahead of their partner/friend (18.5%) and the sex therapist/sex therapist  (17.3%). According to their statements, the choice to go to another doctor, an andrologist, or friends remains quite rare.

Just over half of the women who responded to our survey (55%) are in a relationship with a partner who has had or has erectile dysfunction. According to them, most of their partners do not take any treatment (68%); 13.5% a treatment prescribed by the doctor and 7.5% an alternative treatment. The difference between partners shows that men often hide the fact that they are taking treatment.

The ideal treatment must be effective and well-tolerated

Among the patients treated, 30.6% experienced side effects  (including 77% often to very often, 23% rarely or very rarely): headache, redness in the face, blocked nose, digestive problems, problems with the vision, dizziness ...

But overall, are they satisfied with their treatment? There is a very slight predominance of dissatisfaction  (53%), a feeling mainly linked to a  lack of efficacy  (38.4%) and the cost of the drug  (21%). Then come the fact of having to take it for each report (14.5%) and the lack of spontaneity that this generates (13.8%)… Different sources of discontent among women (55% are satisfied with the treatment, 45 % no) who first cite the lack of spontaneity in intercourse and the lack of effectiveness on erection.

What would be the ideal treatment for you? The main characteristics sought by all respondents (men, women, all ages combined) are good efficacy (30%), good tolerance (18%), rapid action (15%) and ease of use ( 14%). The price and its reimbursement are not a priority, the costly aspect comes after the efficiency.

·  Oral treatment is generally offered as a first-line treatment. We find sildenafil,  vardenafil,  tadalafil. Acting on the relaxation of the smooth muscles of the cavernous bodies, these three molecules increase the blood flow at the origin of the erection. To be effective, they must be combined with sexual stimulation such as foreplay, caresses ... Please note, these treatments may be subject to contraindications or interactions with other treatments, talk to your doctor or pharmacist.

·  Hormonal treatment may be a solution if a biological workup shows a  drop in testosterone associated with clinical signs such as fatigue and a  significant increase in abdominal fat. Testosterone can help regain sexual desire and also increases muscle strength. This treatment is only temporary and should be monitored by testing for testosterone in the blood.

· A  local treatment may be prescribed. It comes in the form of injections into the cavernous body of the penis. The method of administration is often scary, but the bite is not painful and the doctor accompanies his patient step by step and for as long as necessary. They are only issued on medical prescription and are reimbursed when erectile dysfunction is linked to serious and well-defined physical damage (following prostate cancer and prostatectomy, paraplegia or quadriplegia, multiple sclerosis by example…) This treatment allows a fast and good quality erection even without sexual stimulation.

·          The fitting of a penile prosthesis may be considered as a last resort. It is intended for men for whom other treatments are ineffective or contraindicated for medical reasons. This choice must be made in a concerted manner between the patient, his / her partner, and a specialized medical team.

Having desire breakdowns impacts men's morale and can have consequences on married life. It is possible to cure erectile dysfunction in some cases with simple remedies from grandmother.

According to a recent study conducted by the  Health Science Center at the University of Texas, Houston, drinking two or three cups of coffee a day can reduce the likelihood of erectile dysfunction.

This study, published in the journal  PLOS ONE, found that men who consumed 85 to 170 mg of caffeine per day had a 42% lower risk of erectile dysfunction (ED) than average. For those who consumed 171 to 303 mg, the risk reduction was 39%.

The researchers asked 3,700 male subjects to complete a questionnaire about the amount of caffeine they had consumed in the past 24 hours. While caffeine intake decreased the likelihood of erectile dysfunction in obese, overweight, or hypertensive people, the same was not true in diabetics.

"Caffeine does not compensate for the negative effects of diabetes on erectile dysfunction," says David Lopez, lead author of the study. "This is not very surprising,  as diabetes is one of the biggest risk factors for this dysfunction. "

An estimated thirty million Americans suffer from erectile dysfunction - the inability to stay hard long enough. In general, the likelihood of dysfunction increases with age. Some  40% of the forties are affected, and 70% of septuagenarians, as the Huffington Post recently recalled.

Researchers believe that one of the effects of caffeine is to relax the helicine arteries in the penis, which improves blood flow and causes an erection.

Among the sources of caffeine studied, we can cite - in addition to tea and coffee - energy drinks and sodas, which are particularly harmful to health, as David Lopez points out.

“Remember that aside from caffeine, energy drinks and sodas contain other ingredients that we don't know much about,” he adds. "We are very familiar with sugar, which is clearly associated with diabetes and obesity. Other drinks are free from it, but some of their ingredients can cause cancer."

Given that this is an association study, David Lopez indicates that he cannot, for the moment, do

Say no to erectile dysfunction with ginger

Ginger has vasodilating virtues facilitating the flow of blood. It is an aphrodisiac food par excellence, our grandmothers already knew it and provide us with recipes against erectile dysfunction. Here is an example of infusion: grate 50 g of fresh ginger and let stand for at least 4 hours in a liter of water in the refrigerator. You must consume two glasses a day and wait 15 days to see the first results and improve libido.

Another grandmother's remedy for erectile dysfunction is to mix and pound equal amounts of dry dates, pistachios, walnuts, almonds, and flaxseeds until you get a fine powder. Mix this powder in a glass of water and drink daily to achieve effective results against the troubles erection.