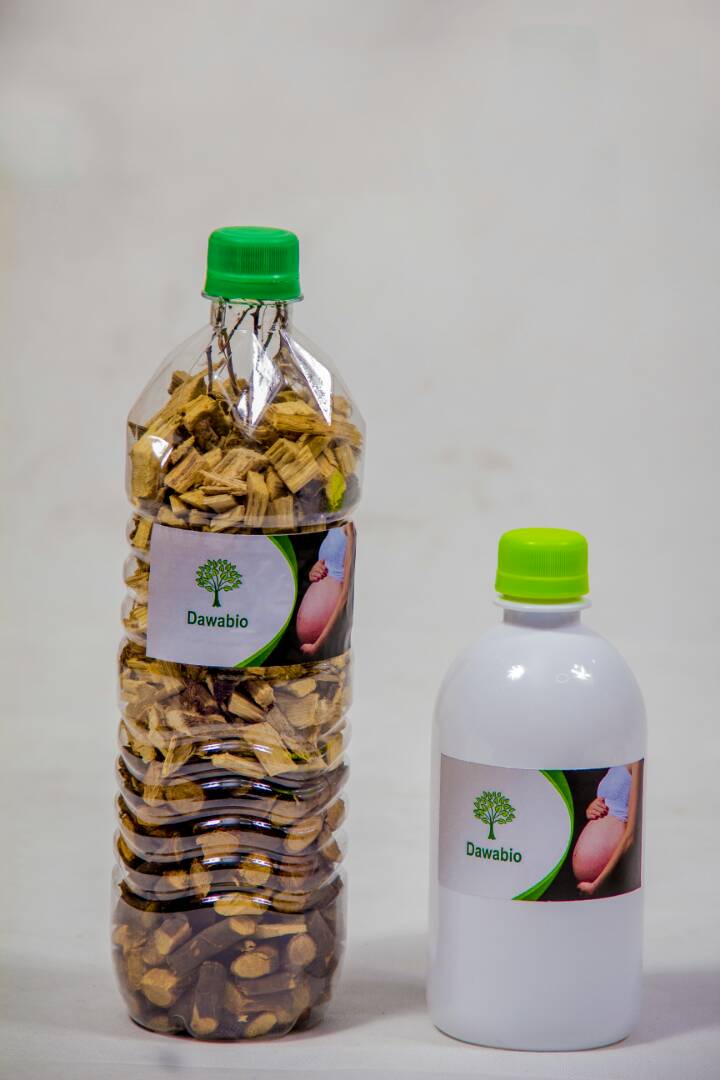 First, if your gynecologist diagnose you with the presence of a uterine polyp , do not panic. Because uterine polyps are mostly benign non-cancerous tumors. However, you need serious medical attention as uterine polyps are a cause of infertility.
So, if you are in a relationship and a pregnancy is late in coming, it is important to treat your polyps because they reduce your fertility and cause miscarriages. Usually, except when the diagnosis is too late, our natural treatment heals uterine polyps quite easily and without sequelae. Then trust us! This treatment for uterine polyps is the miracle solution to permanently cure uterine polypsand avoid the operation thanks to the plants. Second, with us no recurrences

The natural treatment that we offer to cure your polyps naturally includes several 100% natural herbal teas. It is an effective, fast and long-lasting natural remedy which allows polyps to be permanently removed. It is very effective with a 100% satisfaction rate. All the elements of our treatment are completely natural herbal.
They work by preventing the action of progesterone on the endometrium (lining of the uterus) and keeping estrogen levels within normal limits. Because a high level of estrogen promotes the appearance and formation of polyps, the action of the herbal tea will quickly cause the polyps to shrink and reduce your pain. This natural remedy is the secret to curing uterine polyps naturally. Heavy menstrual bleeding usually stops at the end of treatment.

The use of natural herbs like our treatment for  Uterine Polyps  very often gives positive results in reducing the size of uterine polyps. The use of plants is very positive because they attack the evil at its root. Generally, the use of natural herbs is the secret to permanently curing uterine polyps. The effect of the natural remedy for uterine polyps that we offer you is long lasting and will save you from going through an operation.
One of the major advantages of the treatment of Uterine Polyps that we offer you is that the results of our treatment are long lasting. While surgeries get rid of polyps, other polyps can reappear over time. Unlike medicines, our herbal teas (treatment of uterine polyps) have no side effects. So this is the secret to healing your uterine polyps naturally without side effects and without surgery.

NB:  We will want to have a hysterography (HSG) at the start of treatment and every month during treatment to assess the condition of your polyps. This will therefore allow us to determine the best treatment for the reduction of your fibroids and their disappearance. Unlike surgery and medication, with us, no recurrence

The advice to follow in case of uterine polyps

When you have uterine polyps, it is important to follow certain tips. which are :

-Practice a physical activity to better manage your stress

The different types of uterine polyps

There are two types of uterine polyps:

Their sizes vary from a few millimeters to several centimeters. This is one of the factors that differentiates fibroids that they can grow to much larger sizes.

Age: even if the appearance or development of uterine polyps can be observed in young women, the maximum frequency is in the premenopausal (40-50 years) and menopausal (from 50 years) ).

-High concentration of estrogen which promotes the development of uterine polyps.

-Luteal insufficiency: A low level of progesterone following a defective activity of the corpus luteum

-Chronic novulation: It means that there are no oocytes that were released during the menstrual cycle

We want to tell you that having one or more of these characteristics does not necessarily mean that you have uterine polyps. Far from it. It then just means that the odds are that you are more at risk than other women.

Usually polyps have no symptoms (asymptomatic). But, the woman does not realize that she has polyps until a routine gynecological exam. This represents more than 50% of cases. However, in some cases, some polyps can manifest their presence in more than one way.

- Either bleeding prolonging the duration of the rules (menorrhagia)

Uterine polyps can therefore be a cause of infertility. Thus, their position sometimes hinders the implantation of the embryo when it arrives in the uterus to implant. When you are in a relationship and a pregnancy is late, it is therefore important to treat your polyps because they considerably reduce your fertility. Second They also cause miscarriages. There are two types of polyps that can affect fertility: uterine polyps (also called endometrial polyps) and polyps of the cervix.

The exact mechanism underlying these problems is not clearly understood. But it is highly likely that these polyps influence the development of the endometrium through the bleeding they cause. However, this causes an environment hostile to the implantation of the embryo and the receptivity of the endometrium. It must also be said that in women suffering from uterine polyps, the presence of gycodelin was noted. Gycodelin is a protein that inhibits the union between sperm and egg. It therefore has a negative influence on fertilization.

To conclude, uterine polyps multiply the risk of miscarriages or spontaneous childbirth by 3. It is therefore imperative for you to be treated if you have a polyp to increase your fertility and get pregnant. The treatment we offer will allow you to restore your fertility and have a normal pregnancy.

Can uterine polyps go away on their own?

It is possible and even common for the polyps to disappear on their own without the patient having undergone any treatment. These are benign polyps. They are known to be small in size. They degenerate and detach themselves from the uterine cavity and are eliminated during the next menstruation. These periods are very likely to be more painful than your regular period.

However, if you experience the symptoms (mentioned above) it is usually necessary to undergo treatment to remove your polyps

What are the differences between a polyp and a uterine fibroid?

There are several differences between a fibroid and a polyp. It is :

Size: uterine polyps are small (from a few millimeters to several centimeters large at most), which is not at all the case with a fibroid whose size can vary from a mole to a melon

What do a polyp and a uterine fibroid have in common?

There are several points in common between a fibroid and a polyp. To know :

- Decreased fertility: Whether in the case of a uterine fibroid or a polyp, your fertility will then be negatively impacted. This will make it much more difficult to get pregnant and you could be a victim of miscarriage.

-Their origins: Polyps and uterine fibroids are mainly the result of hormonal imbalance

-Their symptoms: most of the time they present the same symptoms. Hence the difficulties in differentiating them at the base of simple symptoms. These are menorrhagia, metrorrhagia, severe pain in the lower abdomen and anemia.

Can a uterine polyp be cancerous?

Usually  uterine polyps are benign and there is no reason for them to progress to cancer. However, a "considerable" portion can progress to endometrial cancer (endometrial adenocarcinoma). It is a cancer which can be frequent, but which kills twice as much as that of the cervix. It is therefore important to remember that a polyp that causes bleeding after menopause is associated with a high risk of endometrial cancer. The risk of a cancerous polyp in a postmenopausal woman is 3 times higher than that in a premenopausal woman.