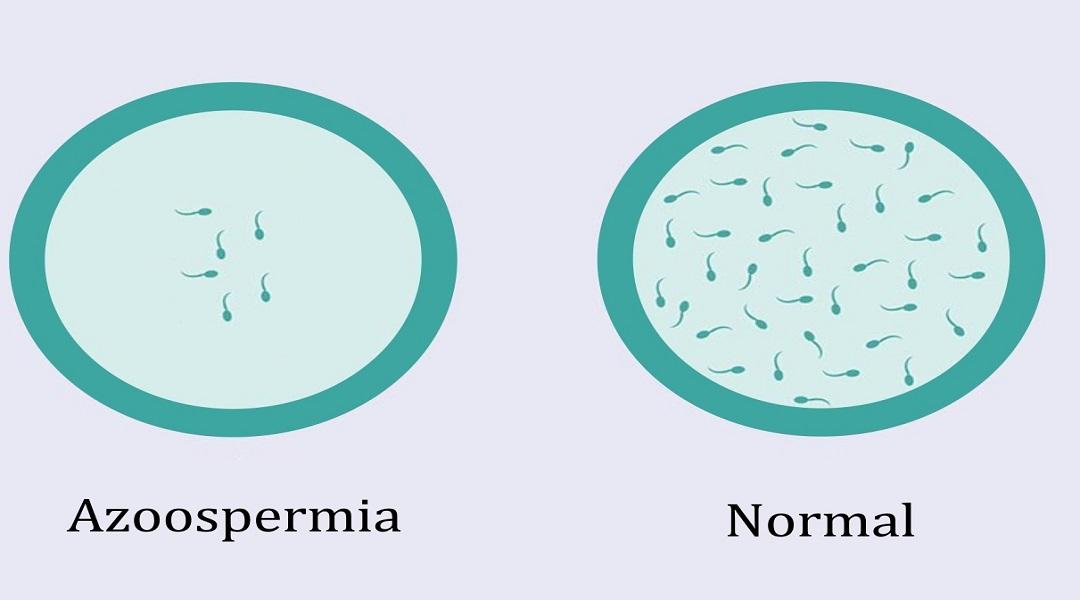 Azoospermia is a  total absence of sperm in the ejaculate. Depending on the cause, we distinguish two forms of azoospermia: obstructive and secretory. The prognosis for achieving pregnancy is different in each case. However, Dawasanté experts provide you with a natural treatment to boost your fertility by improving your sperm, allowing you to conceive quickly. Click on the image below to discover this natural treatment.

In order to study male fertility, the most common test is a  spermogram. It consists of collecting a sample of ejaculate and examining it in the laboratory to check, among other things, the concentration and mobility of sperm.

Once the result is obtained, we compare the reference rates of the World Health Organization (WHO) to carry out the diagnosis:

zero sperm in the ejaculate.

no seminal parameters are altered.

Therefore, azoospermia can be defined as the absence of sperm in the ejaculate. It is considered to be responsible for between 3 and 10% of cases of male infertility.

Azoospermia is imperceptible to humans, so it is necessary to take a spermogram to diagnose it.

It is also helpful to determine FSH hormone levels. This is produced by the brain and is responsible for spermatogenesis (formation of sperm) in the testes. If the FSH levels are high, it can be inferred that the mother cells of the sperm are reduced or even absent.

You can also analyze the concentration of testosterone and fructose to get a more accurate diagnosis.

The absence of sperm in the ejaculate is mainly due to two causes:

the testes are not able to produce sperm.

sperm are produced, but cannot be expelled during ejaculate due to obstruction of the vas deferens.

To determine the type of azoospermia, it is necessary to perform a testicular biopsy, which consists of obtaining a small fragment of each testicle and analyzing the presence or absence of sperm. In this way, it will be easy to distinguish an obstructive azoospermia from a secretory.

Through hormonal analysis, the type of azoospermia can be determined, because if there are disturbances in the levels of hormones involved in spermatogenesis , it is secretory azoospermia. However, this method is not as reliable as a biopsy to find out if there are sperm available for ART treatment.

The azoospermia secretory or non-obstructive is the most severe and frequent and assumes 70% of cases of azoospemie. It can be congenital (from birth) or acquired (by disease or toxic treatment). Its most common causes are:

The recovery of sperm from secretory azoospermia is complex, as spermatogenesis is strongly affected. Despite this, pregnancy is possible.

Some patients with this pathology have presented slight foci of spermatogenesis in the testes. To do this, doctors do multiple small testicular biopsies to find sperm.

If sperm are indeed found, the sample is frozen and is then used in an intracytoplasmatic sperm injection (ICSI).

Depending on the cause of the azoospermia, in some cases, it is possible to restore spermatogenesis by hormonal treatments and thus achieve pregnancy.

In cases where it is not possible to collect sperm, it is necessary to use donor sperm to become parents.

Obstructive azoospermia is caused by a problem with the ducts that carry sperm from the testes to the urethra, where ejaculate occurs. Here are the most common causes:

In patients with this type of disorder, it is easier to obtain sperm. In some cases, this azoospermia can be reversible and thanks to several techniques of micro-surgery, the obstruction can sometimes be resolved or the ducts united so that the sperm can reach the spermatic fluid.

Otherwise, the sperm are obtained directly from the testes by testicular biopsy and are used in assisted reproduction therapy   (ICSI). A single biopsy is normally sufficient, as spermatogenesis is produced normally.

The relationship between azoospermia and varicocele is relatively common: 5% of varicocele cases turn into azoospermia. However, for this to happen, the varicocele must be severe.

Varicocele is a dilation of the veins that form the spermatic cord and directly affects spermatogenesis, which is the production of sperm.

In secretory azoosperm patients who have corrected their varicocele by surgery (surgical treatment of varicocele ), approximately 50% of the testicular tissue and 55% of the sperm mobility will be recovered.

Vasectomy is a method of male sterilization that results in the absence of sperm in the ejaculate. The goal is to intentionally induce obstructive azoospermia by severing the vas deferens, thus preventing the passage of sperm from the testis to the urethra.

As the vas deferens are blocked, the sperm will be stored in the epididymis and, over time, will be reabsorbed by the body itself.

No. Azoospermia is the absence of sperm in the ejaculate, but the man has no problems ejaculating. In the case of aspermia, the problem is the lack of ejaculation, it does not refer to the sperm.

What are the symptoms of azoospermia?

Azoospermia does not lead to symptoms that are visible in everyday life such as pain, discomfort, swelling, etc. Therefore, the safe way to diagnose it is not based on the symptoms, but only on the result of the spermogram.

Secretory azoospermia is more serious. It prevents the production of sperm and, therefore, it is not possible to have biological children even by applying assisted reproduction techniques. As we mentioned, the only option for getting pregnant if you are suffering from this type of azoospermia is sperm donation.

Can I use artificial insemination in the case of azoospermia?

No. To achieve pregnancy by artificial insemination , it is necessary to have a good sperm concentration and that patients suffering from azoospermia do not have any sperm in the ejaculate.

Can you be naturally pregnant with secretory azoospermia?

The only way to achieve a natural pregnancy with secretory azoospermia is through hormonal treatment, as it restores spermatogenesis. However, in many cases it is difficult for this to happen, as it all depends on the cause of azoospermia.