The  pelvic inflammatory disease , or PID, is the term used for generalized inside infection of the uterus, fallopian tubes and ovaries. Symptoms of PID can include vaginal discharge,  chronic pelvic pain,  and fever. However, Dawasanté experts have available a treatment to remedy this disease. Click on the image below to discover this natural treatment 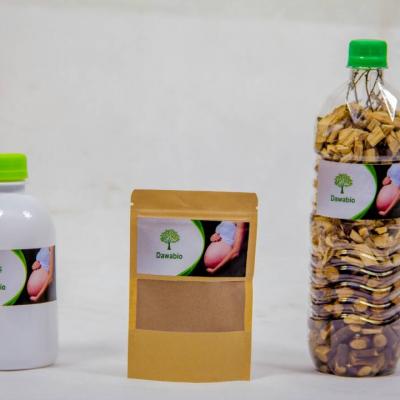 Pelvic inflammatory disease (PID) is an infection of the reproductive organs of women. This usually happens when sexually transmitted bacteria spread from the vagina to the uterus, fallopian tubes, or ovaries.

If you suffer from pelvic inflammatory disease  click here

Pelvic inflammatory disease often does not cause any signs or symptoms. As a result, you may not realize that you have the disease and get the treatment you need. The condition can be detected later if you are having trouble getting pregnant or if you develop chronic pelvic pain.

What if I have blocked tubes or PID and want to get pregnant?

The signs and symptoms of pelvic inflammatory disease can include:

Pain in the lower abdomen and pelvis

Abnormal uterine bleeding, especially during or after sex, or between menstrual cycles

Pain or bleeding during sex

The  MIP  can cause only mild signs and symptoms, if any. When severe, PID can cause fever, chills, severe abdominal or pelvic pain - especially during a pelvic exam - and bowel discomfort.

When to see a doctor

See your doctor or seek urgent medical attention if you have:

Severe pain in the abdomen

Nausea and vomiting, with an inability to keep anything

If your signs and symptoms persist but are not serious, see your doctor as soon as possible. A discharge from the vagina with an odor, painful urination, or bleeding between menstrual cycles may be associated with a sexually transmitted infection (STI). If these signs and symptoms appear, stop having sex and see your doctor soon. Prompt treatment of an STI can help prevent PIDs.

Many types of bacteria can cause  PIDs , but gonorrhea or chlamydia infections   are the most common. These bacteria are usually acquired through unprotected sex. Less commonly, bacteria can enter your reproductive tract whenever the normal barrier created by the cervix is ​​disrupted. This can happen after childbirth, miscarriage, or abortion.

A number of factors can increase your risk for pelvic inflammatory disease, including:

Be a sexually active woman under 25

Having sex without a condom

Showering regularly, which upsets the balance of beneficial and harmful bacteria in the vagina and may mask symptoms

Having a history of pelvic inflammatory disease or sexually transmitted infection

Most experts now agree that an inserted intrauterine device (IUD) does not increase the risk of pelvic inflammatory disease. Any potential risk is usually within the first three weeks after insertion.

Untreated pelvic inflammatory disease can cause scar tissue. You could also develop collections of infected fluid (abscess) in the fallopian tubes, which could damage your reproductive organs.

Other complications can include:

Ectopic pregnancy. The  PID  is a major cause of tubal pregnancy (ectopic). In an ectopic pregnancy, the scar tissue from the PID prevents the fertilized egg from making its way through the fallopian tube to implant in the uterus. Ectopic pregnancies can cause massive, life-threatening bleeding, and require urgent medical attention.

Chronic pelvic pain. Pelvic inflammatory disease can cause pelvic pain that can last for months or even years. The  scarring in the fallopian tubes  and other pelvic organs can cause pain during intercourse and ovulation.

Tubo-ovarian abscess. The  MIP  can cause the formation of an abscess - a collection of pus - in the fallopian tube and ovaries. If left untreated, you could develop a life-threatening infection.

To reduce your risk of pelvic inflammatory disease:

Practice safe sex. Use condoms every time you have sex, limit the number of partners, and ask about a potential partner's sexual history.

Talk to your doctor about contraception. Many forms of contraception do not protect against the development of  PID . Using barrier methods, such as a condom, can help reduce your risk. Even if you are taking birth control pills, it is still important to use a condom every time you have sex to protect yourself from STIs.

Request that your partner be tested. If you have pelvic inflammatory disease or an STI, ask your partner for a screening test and, if necessary, treatment. This can prevent the spread of STIs and the possible recurrence of  PIDs .

Pelvic inflammatory disease is a polymicrobial infection of the female genital tract: cervix, uterus, fallopian tubes, and ovaries; an abscess can form. Pelvic inflammatory disease can be sexually transmitted. Symptoms usually include abdominopelvic pain, cervical discharge, and irregular bleeding. Long-term complications include infertility, chronic pelvic pain, and ectopic pregnancy. Diagnosis is made by PCR of cervical swabs for  Neisseria gonorrhoeae  and Chlamydia, microscopic examination of cervical discharge (usually), and ultrasound or laparoscopy (sometimes). Treatment is based on antibiotics.

Pelvic inflammatory disease can affect the cervix, uterus, fallopian tubes, and / or ovaries. Infection of the cervix ( cervicitis ) causes mucopurulent discharge. Infections of the fallopian tubes (salpingitis), uterus (endometritis), and ovaries (oophoritis) tend to occur at the same time. If severe, the infection can spread to the ovaries (oophoritis) and then to the peritoneum (peritonitis). Salpingitis with endometritis and oophoritis, with or without peritonitis, is often called salpingitis, although other structures are involved. Pus may collect in the tubes (pyosalpinx) and an abscess may form (tubo-ovarian abscess).

Pelvic inflammatory disease is seen in women <35 years old. It is rare before the first period, after menopause and during pregnancy.

Other risk factors, especially for pelvic inflammatory gonococcal disease or Chlamydia, include

Abdomino-pelvic pain, fever, leucorrhoea and functional menometrorrhagia are common, especially during or after menstruation.

In cervicitis, the cervix is ​​red and bleeds easily. Mucopurulent leucorrhoea are frequent; usually they are yellow-green and can be seen draining from the endocervical canal.

Abdomino-pelvic pain is usually present and bilateral but can be unilateral, even if both tubes are affected. Pain can also be felt in the upper abdomen. Nausea and vomiting are common when the pain is severe. Metrorrhagia (caused by endometritis) and fever appear in up to 1/3 of patients.

In the early stages, symptoms may be mild or absent. Later, sensitivity to cervical mobilization, muscle defense and increased decompression pain are common.

Sometimes dyspareunia or dysuria are observed.

Many women with inflammation severe enough to cause scarring have little or no symptoms.

A  tubo-ovarian abscess  (collection of pus in the appendages) develops in about 15% of women who have salpingitis. It can accompany an acute or chronic infection and is more likely in the event of treatment delay or incomplete treatment. Pain, fever, and peritoneal symptoms are usually present and can be severe. An adnexal mass may be palpable, although extreme pain may limit the possibilities for examination. The abscess can rupture, causing progressively severe symptoms and sometimes septic shock.

The hydrosalpinges  (distension fluid by tubal obstruction flag of tubes) is usually asymptomatic, but may be responsible for pelvic gravity, chronic pelvic pain or dyspareunia and / or infertility.

Salpingitis can lead to scarring and adhesion of the tubes, which often results in chronic pelvic pain, infertility, and an increased risk of ectopic pregnancy.

If pelvic inflammatory disease is suspected, cervical swabs analyzed by PCR for  N. gonorrhoeae  and  C. trachomatis  (with sensitivity and specificity of approximately 99%) and a pregnancy test is performed. If PCR is not available, cultures are performed. However, infection of the upper tract is possible even with negative cervical swabs. At this time, the cervical discharge is usually examined to confirm the presence of pus; a Gram stain or an examination on a wet mount under physiological serum is carried out but these examinations are neither sensitive nor specific.

If a patient cannot be seen because of pain, an ultrasound is done as soon as possible.

The white blood cell count may be high but is not helpful for diagnosis.

If the pregnancy test is positive, an ectopic pregnancy, which may cause similar symptoms, should be considered.

Other common causes of pelvic pain include endometriosis,  adnexal torsion,  ruptured ovarian cyst,  and  appendicitis. The signs that differentiate these disorders are discussed elsewhere (  Pelvic pain ).

Fitz-Hugh-Curtis syndrome can resemble  acute cholecystitis  but can usually be differentiated by finding salpingitis during pelvic examination and, if necessary, on ultrasound.

If an adnexal or pelvic mass is suspected clinically or if a patient does not respond to antibiotics within 48 to 72 h, ultrasound is done as soon as possible to rule out tubo-ovarian abscess, pyosalpinx and unrelated disorders. pelvic inflammatory disease (eg,  ectopic pregnancy ,  adnexal torsion ).

If the diagnosis is uncertain after ultrasound, a laparoscopy should be performed; purulent peritoneal fluid observed laparoscopically is the gold standard for diagnosis.

Antibiotics are administered empirically to cover  N. gonorrhoeae  and  C. trachomatis  and are secondarily adjusted to the results of the antibiogram. Empiric treatment is necessary whenever the diagnosis is in question for several reasons:

Sexual partners of patients infected with  N. gonorrhoeae  or  C. trachomatis  should be treated.

If patients do not improve after treatment that covers the usual pathogens, pelvic inflammatory disease due to  M. genitalium  should be considered. Patients can be treated empirically with moxifloxacin 400 mg po once / day for 7 to 14 days (eg, for 10 days).

Women with pelvic inflammatory disease are usually hospitalized if any of the following signs are present:

In these cases, IV antibiotics (  Treatment protocols for pelvic inflammatory diseases * ) are started as soon as the bacteriological samples are taken and are continued until the patient is afebrile for 24 h.

The  tubo-ovarian abscess  may require a more prolonged IV antibiotic therapy. Treatment with transvaginal or percutaneous drainage guided by ultrasound ultrasound or CT may be considered if the response to antibiotics alone is incomplete. Sometimes a laparoscopy or a laparotomy is necessary for drainage. If a ruptured tubo-ovarian abscess is suspected, immediate laparotomy is necessary. In women of childbearing age, surgery should be aimed at preserving the pelvic organs (in the hope of preserving fertility). 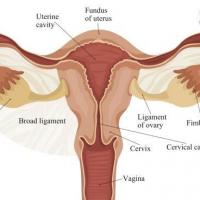 if both tubes are completely blocked, it will not be possible to get pregnant naturally until one or both are unblocked. However, this herbal tea will unblock your fallopian tube and facilitate your pregnancy in 3 three months.